United Neuroscience Inc.’s chief medical officer, Ajay Verma, told BioWorld that research into Alzheimer’s disease (AD) has “positioned us now to finally test the hypothesis” that amyloid beta (a-beta) is the culprit, or at least a main one, in the scourge. “This may sound like punting a little bit, after 20 years of failures, [but] it took 15 years for cholesterol to even be accepted as a biomarker, let alone a therapeutic target,” he said.

Verma noted that in genetic forms of AD, about 5 or 10 percent of the disease population, a-beta is “absolutely the target. In the sporadic population, it’s likely that there are more than one target, but I don’t think people are shying away from [a-beta] so much as a target as how do we address that target? When do we start to address it? When is it too late to address it? Who are the right people? How do we attack it? Some of that has been learned along the way, over the last decade.”

As the elderly population grows and AD failures mount, research has picked up steam. “We’re building an airplane while we’re flying it,” Verma said. “We have to, because of the urgency.”

The clinical skies have not been friendly to AD, but Dublin-based United has hope for what the company calls an endobody approach – “an antibody that your body produces against an endogenous protein,” CEO Mei Mei Hu said. United disclosed its analysis of phase I data with UB-311, a synthetic peptide vaccine targeting a-beta. Results showed that UB-311 was able to generate antibodies to specific a-beta oligomers and fibrils with no decrease in antibody levels in patients of advanced age. What’s more, amyloid positron emission tomography (PET) imaging and genetic screening for APOE4 status in an ongoing phase II study demonstrated an efficient method to identify subjects with mild AD for disease modification trials in early to mild AD.

Results from the phase II trial are expected in the second half of next year. “Our goal is to get into a registration trial after the phase II readout,” Hu said. “Very likely that will be a treatment trial,” since a prevention study would take significantly longer. “Treatments are important, patients need them today,” she said. “But can you imagine if, 10 years from now, you actually had a vaccine that you went in [and got] like a flu shot? Where you could prevent the disease in the first place? This is our vision. Obviously, there’s a long road to get there.”

Thanks to the company’s platform, “we’re able to target lots of other proteins,” she said. “[A vaccine targeting] tau is a little farther behind” the a-beta candidate, and a combination vaccine is in the works. There’s also a preclinical prospect that targets alpha-synuclein, plus two more that are undisclosed.

The platform technology was originally developed by United’s parent company, United Biomedical Inc., of Hauppauge, N.Y. Key to the method is what’s called the UBITh immunogen. Unlike with traditional vaccines that use keyhole limpet hemocyanin or a toxoid carrier so that the vast majority of response is directed at the toxoid, UBITh immunogens are “immunosilent,” and the majority of response goes at the target B-cell epitope. “We want to train the body to fight these plaques in the brain,” Hu said. “The trick is, can you do that safely and precisely.”

Verma agreed about the long road, but pointed out that, for United, the trip “started a while ago. Our parent company has been at this for 20 years. They’ve learned a lot about the vaccine approach with endobodies in animal health. Along with the advancements in the technology itself, we’re fortunate to be at a time when we’re learning from other trials. I actually don’t think the road is that long.”

Regarding the value of an immunotherapy approach to a-beta or tau, “we will have a conclusive answer within the next three to five years,” he said. “We’re going to be part of the mix of companies that provide that answer.”

Success in AD phase II studies has proved tough to follow with phase III wins. “Because of the size and logistics, you can’t always do everything you want to in a phase III,” Verma said. International trials have meant special complexities. “Even such a simple thing as [measuring] a cognitive skill, if you’re doing it in Japanese vs. Korean vs. English,” can muddy the data waters. “There’s a lot of noise that gets built in, unfortunately.”

A great help, he said, “has been the evolution of objective biomarkers” such as amyloid imaging. “When I was at Biogen, we were the first to absolutely require that as an inclusion criterion,” he said. “It sounds simple now [but] it wasn’t back then.” PET imaging, peripheral biomarkers in the blood that report neurodegeneration, and “really nice ligands for tau that are developing will ensure much better success between phase II and phase III,” he said.

The aducanumab program is partnered with Eisai Co. Ltd., of Tokyo, which expects complete enrollment in a phase III study by the middle of next year. An “18-monoth efficacy endpoint implies full final data year-end 2019 or early 2020 for conservatism’s sake,” Yee wrote in a report. “An interim analysis in the protocol could be 50 percent of patients after 18 months of treatment,” but he said he “continue[s] to believe that is unlikely, in order to limit any statistical penalty.” (See BioWorld Today, March 6, 2014.)

Verma, who was involved with aducanumab early on, said he is “confident this approach is going to work” but, “as wonderful as the drugs like monoclonal antibodies, gene therapy, antisense and so on are, they’re not quite at the pragmatic level for a big problem like AD” because of “logistics, practicality, cost, convenience. All those factors give us a huge advantage with the vaccine approach,”

Also at the CTAD meeting, Framingham, Mass.-based Alzheon Inc. offered an oral presentation about a-beta oligomers as the “missing piece” of the AD puzzle. Highlighted was the mechanism of action of tramiprosate – modified taurine, naturally available in seaweed, the active agent in Alzheon’s optimized prodrug ALZ-801. The initial phase III program testing FDA fast-tracked ALZ-801, designed to block formation of a-beta oligomers, will focus on patients with the homozygous APOE4/4 genotype at the mild stage of AD, with the potential for future expansion to other populations, the company said.

ALZ-801 came to Alzheon by way of a licensing deal with Bellus Health Inc., of Laval, Quebec, previously known as Neurochem Inc. In the summer of 2007, Neurochem said top-line data showed the year-and-a-half long trial with Alzhemed (tramiprosate) did not meet its primary endpoints in disease modification as measured by magnetic resonance imaging or in clinical efficacy as measured by the Alzheimer’s Disease Assessment Scale, cognitive subpart, and the Dementia Rating, sum of boxes rating scale. The trial had randomized 1,052 mild to moderate AD patients to receive placebo, 100 mg of Alzhemed, or 150 mg of Alzhemed along with stable doses of their conventional treatments. (See BioWorld Today, Aug. 28, 2007.)

In the blowup-strewn history of AD drug development, a-beta and tau have proved popular targets, though recent work has suggested blame for the hated illness can’t go to a single culprit.

About a week ago, Alector LLC, of South San Francisco, signed an AD option deal for two candidates and collected $205 million up front from North Chicago-based Abbvie Inc. The pact is based on Alector’s multitargeted auto-immunology approach. (See BioWorld, Oct. 25, 2017.)

Yet another AD player with a dual approach in the news this week was Vtv Therapeutics Inc., of High Point, N.C., which as part of its earnings report discussed progress with azeliragon (TTP-488), an orally bioavailable small molecule that inhibits the receptor for advanced glycation end-products (RAGE), an immunoglobulin supergene family member that’s expressed on multiple cell types in the brain and its periphery. RAGE is believed to be implicated in a-beta and tau.

Piper Jaffray analyst Charles Duncan wrote in a research report that “despite recent disappointments in the AD space, we view azeliragon as offering a differentiated mechanism of action and believe trial design elements, such as required scans at baseline, should reduce sources of patient heterogeneity and clinical risk in what is still admittedly a high-risk indication.” Duncan said he would “look for key opinion leader feedback while attending CTAD this week.”

Part A of Vtv’s late-stage experiment called Steadfast is expected to read out next year. Vtv was formed in 2015 by combining Transtech Pharma LLC and its affiliate High Point Pharmaceuticals LLC. (See BioWorld Today, June 17, 2015.) 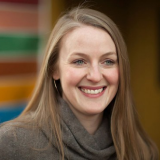